Dave Meltzer @davemeltzerWON
7h
A correction from last night's show regarding Regal's deal. Based on what he said when he signed, his deal signed last spring was for three years.
80
116
76
1,169
Dave Meltzer retweeted

Vandal Drummond @VandalDrummond
12h
Juan Olaguivel (1908-1983) Born in Spain, most of his U.S. bouts took place between 1935-40. He found a home on the Brazilian pro wrestling scene, and eventually settled in Argentina. He also had minor roles in over 30 films from 1936 to '72 including Spartacus. 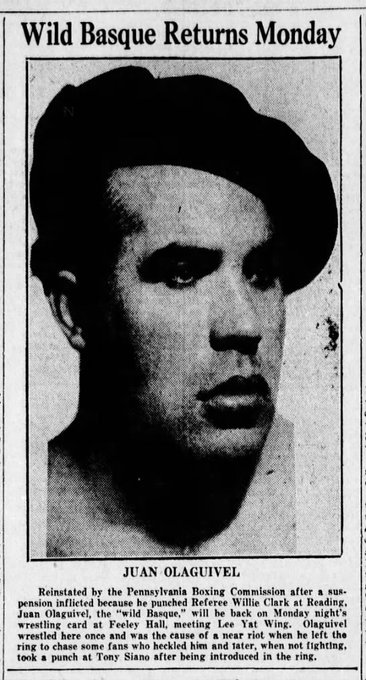 Uncle Dax FTR @DaxFTR
12h
I watched from the apron in amazement tonight. It had nothing to do with his moves or his athleticism. I was in awe of the little things he did. Things that made millions fall in absolute love with Ricky. They all reacted to the man; not the moves. I felt inferior tonight.

Dave Meltzer @davemeltzerWON
8h
It's kind of my job to have those numbers. Been doing this since before there was PPV. 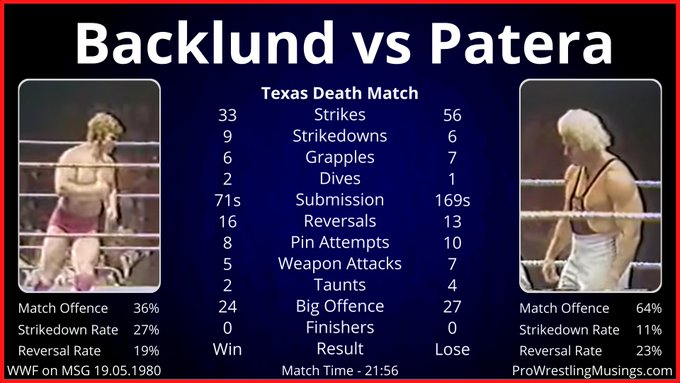 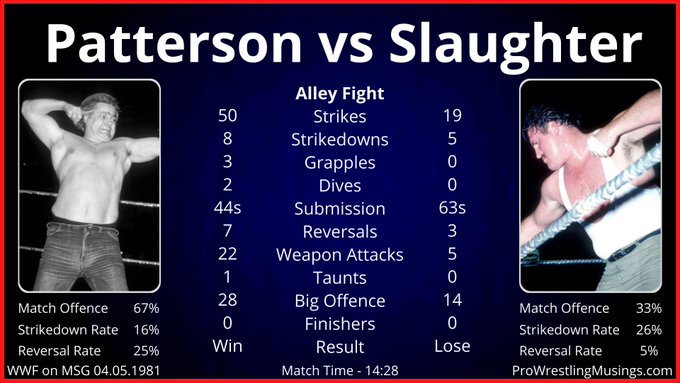 John Muse @JMuseMich
18h
This was at Joe Louis Arena in Detroit, Michigan. I believe JLA may be the the only site where both Ric Flair and Hulk Hogan dropped the titles they are most identified with as champions. Flair lost the NWA title to Ronnie Garvin at JLA in 1987. Flair a common thread here. 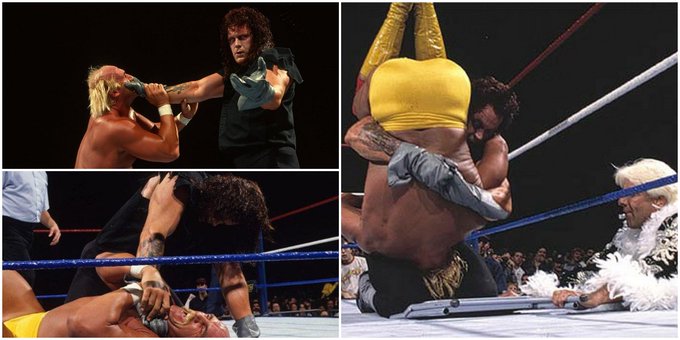 Dave Meltzer @davemeltzerWON
17h
I promise I'll write about in the Observer if/when it happens, likely months before, just like I wrote about it when any company in the last 40 years made cutbacks. Just like we did with AEW's weaker advances months before anyone else did.

Nick Medici @nickmedici
17h
Replying to @MC_Punk22 @summoningrules @davemeltzerWON
And so Tony is just in constant conversation with Meltzer letting him know all of the financial decisions he’s making?
1
2
39

Dave Meltzer @davemeltzerWON
17h
Actually he outright told me if they can't sell enough tickets for road shows, they'll tape everything in Jacksonville. There are ways to cut back on expenses if losses are high, public or not, just like we saw it with WWF 90s, WCW 99-01 & TNA. It's easy to spot.

Nick Medici @nickmedici
17h
Replying to @MC_Punk22 @summoningrules @davemeltzerWON
And so Tony is just in constant conversation with Meltzer letting him know all of the financial decisions he’s making?
9
4
1
98

Dave Meltzer @davemeltzerWON
17h
Yes, I just said that's why they do it. Because it's cost-effective. But they didn't cut back on live taping dates, and in fact they are doing more live Fridays and talking about more shows. When they tape two Wednesdays together, that's a cutback.

Larry Hamel @LPHAMEL
17h
Replying to @davemeltzerWON
Didn't Tony Khan just run Rampage on Friday and the PPV on Saturday in Newark earlier in the month? Isn't that two shows in the same venue in the same week?
1
1
29

Dave Meltzer @davemeltzerWON
17h
The key signs would be lots of talent cuts, taping every other week live instead of weekly live, and/or taping regularly in Jacksonville where the cost of taping for him is much lower. When any of that happens, you'll know there are issues.

Nick Medici @nickmedici
20h
Replying to @summoningrules @davemeltzerWON
Yeah I’m sure he is but no one really knows. Not public so not known. Point is you’ll never know because Tony want change things that would make it look like they are losing money because of ego since financially he doesn’t have to.
4
39

Dave Meltzer @davemeltzerWON
17h
He's already changed things such as running the same market twice or three times in the same week. He makes P/L decisions constantly. If PPVs lost money, he'd cut back, but they are very profitable.

Nick Medici @nickmedici
20h
Replying to @summoningrules @davemeltzerWON
Yeah I’m sure he is but no one really knows. Not public so not known. Point is you’ll never know because Tony want change things that would make it look like they are losing money because of ego since financially he doesn’t have to.
5
28
Dave Meltzer retweeted

Tim Kennedy @TimKennedyMMA
Nov 26
I love it when social media celebrities and Internet trolls have to meet the harsh reality of the real world.

Fight Haven @FightHaven
Nov 26
The 'Internet Karate Kid' shows up to his first #MMA Training session and ties to teach the coach... It goes terribly wrong... 😮🤣
Show this thread 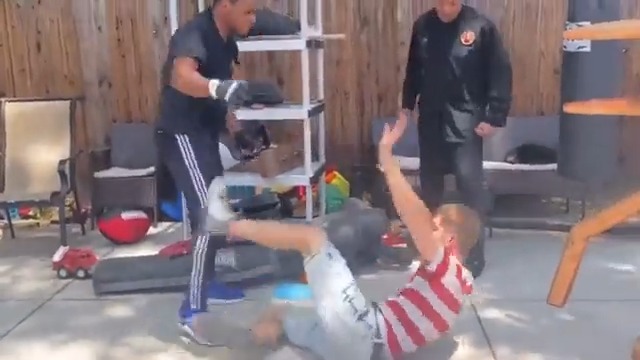 Dave Meltzer @davemeltzerWON
21h
Talked about it extensively on the Friday show.

David Mata, Jr. @DavidMataJr
21h
Replying to @davemeltzerWON
I still enjoy your reporting. I was a little baffled that on the latest WON nor you or Bryan had an issue with the Elites mocking of Punk. It just show’s unprofessionalism from a management figure regardless of what side you’re on. I want AEW to succeed but they lost me this week
4
1
24

Dave Meltzer @davemeltzerWON
21h
For the show it would be tremendously profitable. Impact ran profitable PPVs on 15,000 buys, didn't cut back from 12 TV PPVs until numbers were much lower. You'll know when they aren't profitable when they cut back from four to a lower number.

BgEvlPpz ☠️💀☠️ @pknerr75
21h
Replying to @davemeltzerWON
I respect the 7.5 million number. However what is the profit number if any? It's easy for any wrestling company to puff their chest and say we had a 7.5 million dollar show, but they made zero profit from the show. Is it successful without a profit?
8
3
68

Dave Meltzer @davemeltzerWON
21h
Also looking for reports on WWE tonight in Portland, ME and the Steamboat show in Winston-Salem, NC, results, finishes, highlights and notes to dave@wrestlingobserver.com
3
12

Dave Meltzer @davemeltzerWON
21h
Looking for your thoughts on Survivor Series, thumbs up, down or middle, best & worst match to dave@wrestlingobserver.com
11
22

Dave Meltzer @davemeltzerWON
22h
For what?