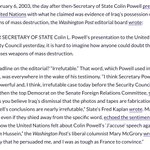 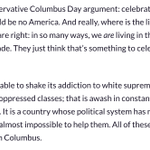 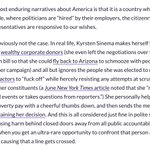 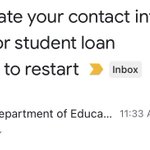 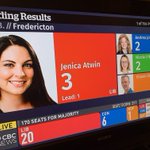 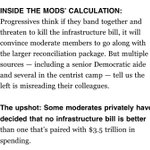 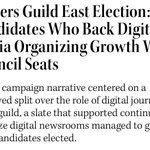 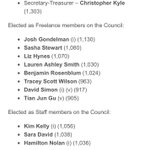 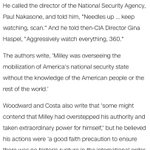 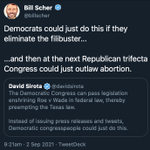 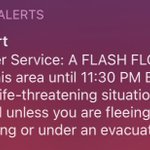 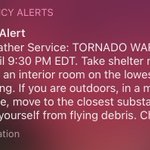 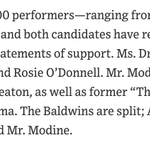 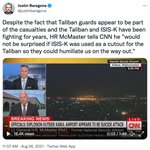 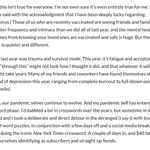 Jack Mirkinson @jackmirkinson
21h
I love everything about this week’s Bird of the Week!!! discourseblog.com/bird-of-th…

This bird has it all figured out.

deviled egg 🇵🇸 @TheEggpie
Oct 21
this is so fascinatingly revealing

Discourse Blog @discourse_blog
Oct 21
What these figures do best is highlight the complete unwillingness of this empire to help the people who are trying to leave behind the destabilization that said empire has created. discourseblog.com/biden-immi…

Jack Mirkinson @jackmirkinson
Oct 21
‘Even though I thought The Last Duel seemed like the result of a few dudes with a lot of money taking a women’s studies class and saying to each other 'we gotta tell someone about this,' it’s rattled around in my mind for days.’ LOL @caitschneider discourseblog.com/ben-afflec…

I simply must know: would/could a man have bleached his hair like this in medieval France? 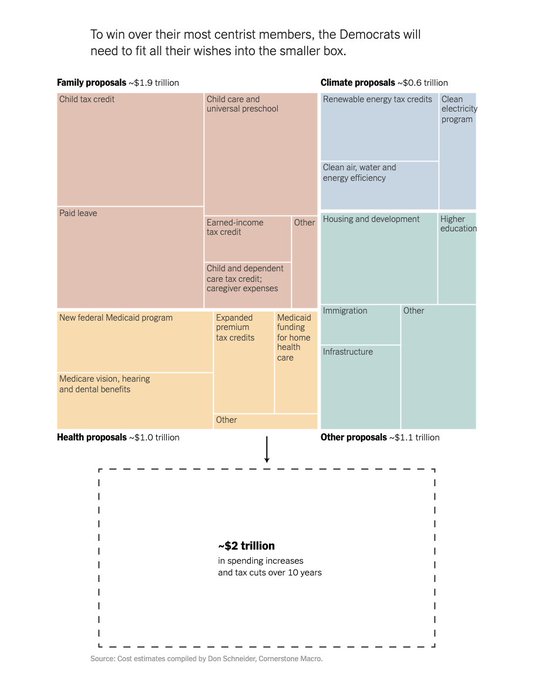 Julia Marsh @juliakmarsh
Oct 20
BREAKING: “The mayor has no idea what he’s doing. We’re going to lose half of our cops and half of our fire department if this goes through and then what?” the official said. nypost.com/2021/10/20/bill-d…
0
0
0
4

Jack Mirkinson @jackmirkinson
Oct 19
this is why “it’s just two senators in the way of everything!” is an annoying talking point—it’s an institutionally conservative and corrupt *party* that is in the way!

Sahil Kapur @sahilkapur
Oct 19
Sen. Bob Menendez (D-NJ) says he’s a NO on the House provision for Medicare to negotiate drug prices. He’s noncommittal on the idea overall. “Negotiations — many different ways that can take place. I'd like to finally see something that tells me what they want to do,” he says.
1
16
0
53

Kyrsten Sinema could be the Democrats new Joe Lieberman, unless they cut her from the Senate in the 2024 election.

Jack Mirkinson @jackmirkinson
Oct 18
what’s clear from today is that you should not be allowed to say “rest in power” to anyone who held elective office or served at a high level in government. civilians only pls!!!
1
4
2
94

Kelsey Deatherton @AthertonKD
Oct 18
The Pentagon spending bill is just shy of twice as much money per year as the Build Back Better act, and it keeps getting bigger 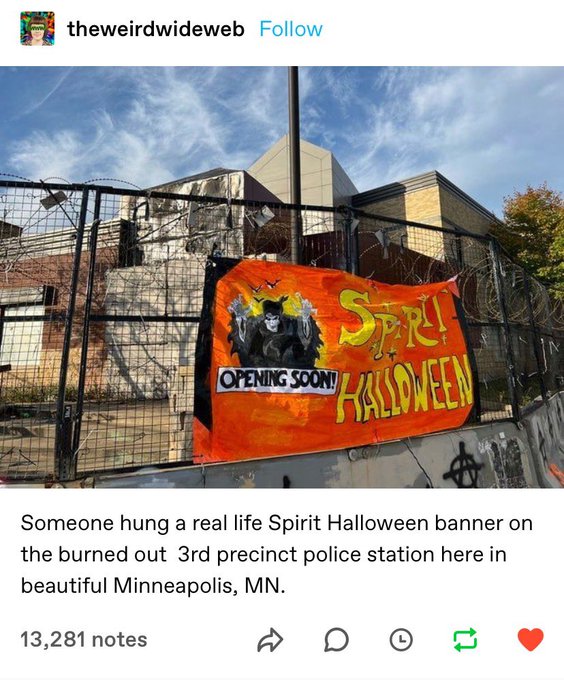 Discourse Blog @discourse_blog
Oct 18
Everyone on ‘Succession’ is a sicko, but who is the biggest sicko??? Introducing: our ’Succession’ Sick Fuck of the Week discourseblog.com/succession…

Introducing: Our 'Succession' Sick Fuck of the Week

All the characters are sickos, but who is the biggest sicko???

raf @rafaelshimunov
Oct 18
NY held Democrat primaries Dem machine backed a corrupt candidate over a Dem socialist Dem socialist won in blow out Machine tried to back loser as independent for general Now machine explains why it won't endorse their own candidate, a Black woman, comparing her to the KKK

New York State Democratic Party @nydems
Oct 18
“This is what’s wrong with public discourse today - people want to find something to be unhappy about, so they twist statements, or ignore statements, to make their argument. That doesn’t make them true. Read the full comments.” — JSJ 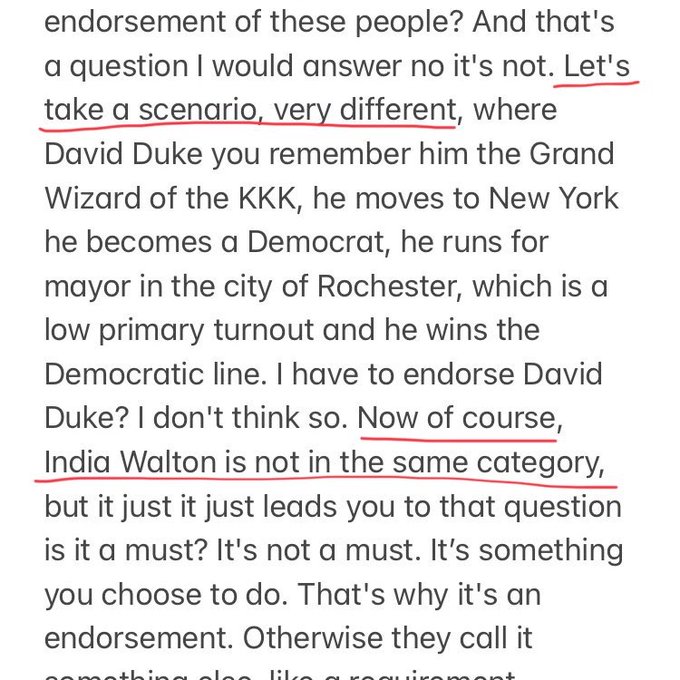 maya kosoff @mekosoff
Oct 18
sounds good! thanks for the heads up guys

Facebook Newsroom @fbnewsroom
Oct 18
Replying to @fbnewsroom
Right now 30+ journalists are finishing up a coordinated series of articles based on thousands of pages of leaked documents. We hear that to get the docs, outlets had to agree to the conditions and a schedule laid down by the PR team that worked on earlier leaked docs.
Show this thread
0
6
0
110
Jack Mirkinson retweeted 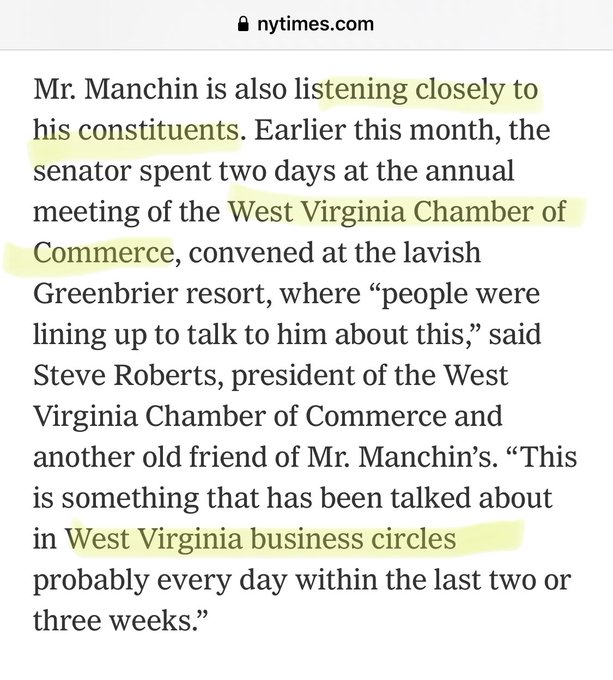