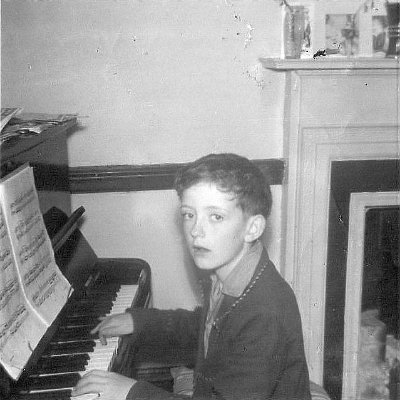 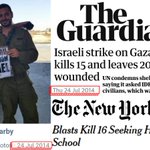 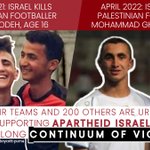 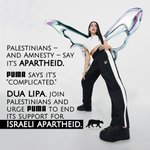 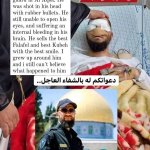 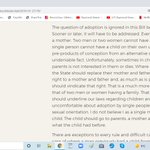 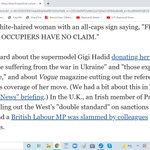 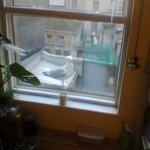 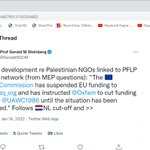 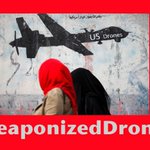 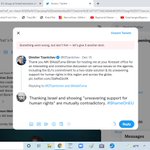 Oren Ziv @OrenZiv_
Aug 15
Today, Shahar Schwartz, 18 y/o, announced he refuses to join the Israeli army, in protest against the occupation. He was sentenced to 10 days in military prison. “I refused to join the army because it enforces a policy of inequality and destroys any hope for change" he stated

Issam Adwan @Issam_Adwan
15h
Do you still remember the claim that the children were killed by a misfired PIJ rocket? It’s always the propaganda tactics. First, accusing Palestinians, then admit it. No consequences of whatsoever. haaretz.com/israel-news/2022…

#EndTheSiegeOnGaza @AdalahJustice
Aug 15
It is sick that Sierra Club chose to announce this apartheid tour just days after Israel attacked Gaza yet again causing the death of 49 Palestinians, including 17 children. Join us to demand @sierraclub cancel their apartheid tours. ===>>>>>bit.ly/RacistSierraClub 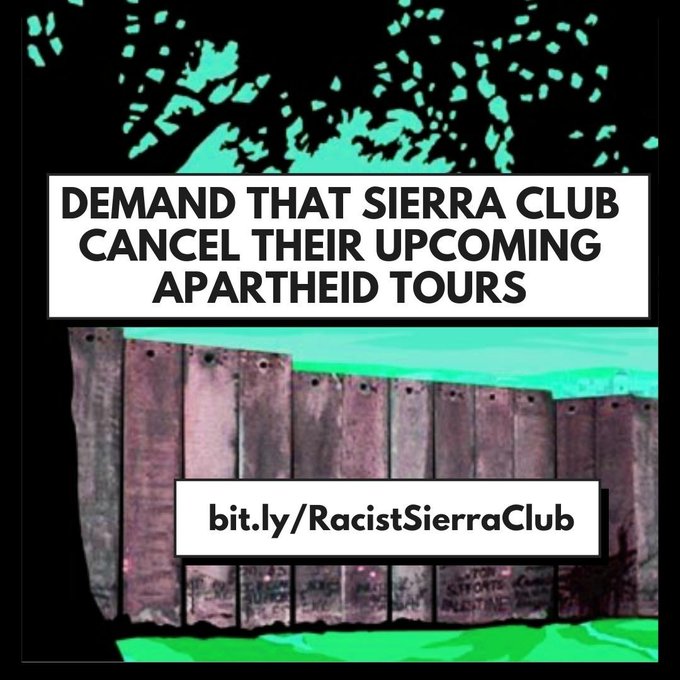 Why is Israel not held accountable for 'illegal' assassinations?

After decades of extrajudicial killings of Palestinians, Israel is no nearer to being held to account 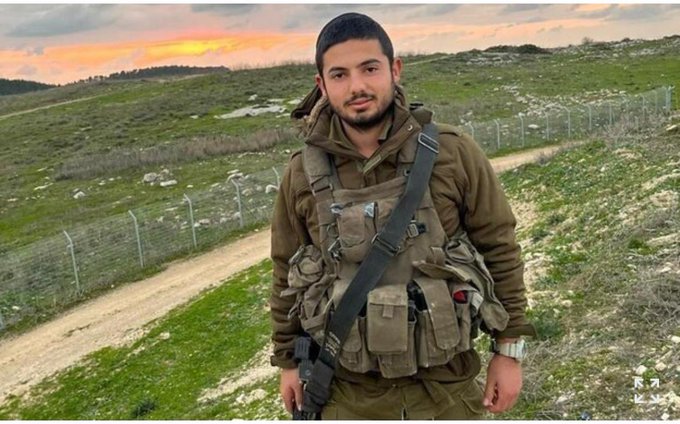 Tadhg Hickey @TadhgHickey
Aug 15
Great to see the Indo finally covering easily the country's most vibrant and eclectic festival. Looking forward to the follow up article about the attendance figure (100,000), the 350 Events, the 85 Debates and Discussions, and the 28 Art Exhibitions independent.ie/videos/pro-ir…

Dana El Kurd دانا الكرد @danaelkurd
Aug 15
This Sunday - where does Palestine go from here ? With the always thoughtful @aj_iraqi

adri nieuwhof @steketeh
Aug 15
Once again, @popkulturberlin accept funds from the Israeli embassy in Berlin. When will they end their collaboration with the Israeli apartheid regime? List of participants here: pop-kultur.berlin/ 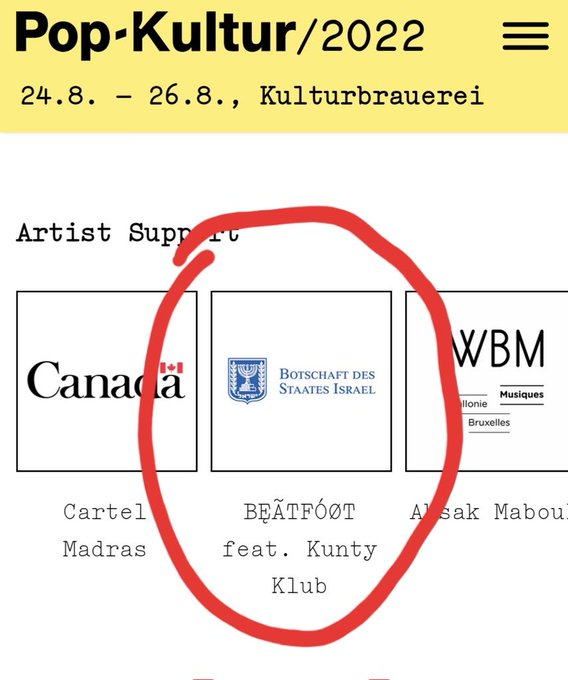 Distorting the Holocaust to Boost the International Arms Trade

If whitewashing Bulgaria’s history during the Second World War helps an Israeli arms company get a contract, who could possibly object?

Yumna @yumna_patel
Aug 14
Because they know they’ll never be held accountable. Just like the Israeli soldiers from 1948 who are now coming clean about the heinous war crimes they committed during the Nakba, all from the comfort of their homes on the land that they stole.

Mairav Zonszein מרב זונשיין @MairavZ
Aug 14
I assume this is the case in any combat but to me whats most interesting is the willingness of soldiers to testify as much.
1
145
4
481

Stop the digital censorship of Palestine.

Senator Paul Gavan @paul_gavan
Aug 14
Always proud to stand with #Shannonwatch and call for an end to the US Military use of #Shannon. Fantastic support from passing motorists today too! 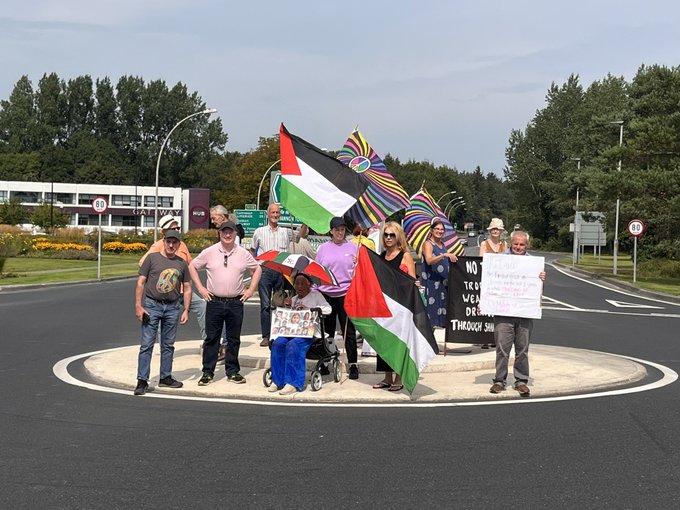 Lis @Lisgetsreal
Aug 13
A few days after this picture was taken, 15 years ago this evening, I gave my dad a hug, not knowing it was the last time. 15 years ago tomorrow he ended his life by suicide. No matter how worthless you feel, remember there is always someone who prefers you alive. 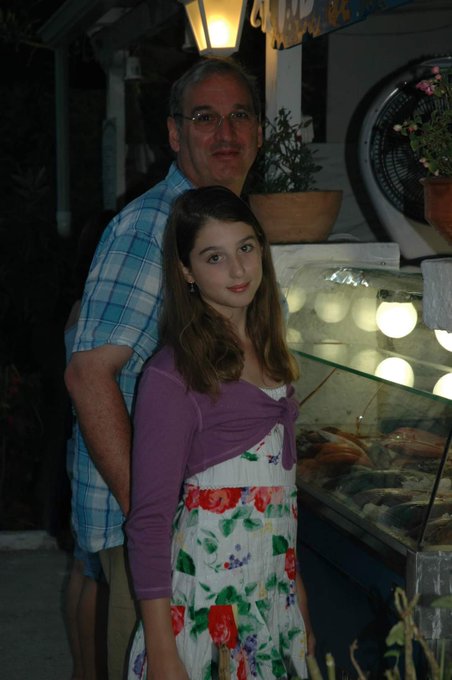 nwl @nwl88444048
Aug 14
"Sinn Fein will cause return of emigration" says Leo Varadkar in the Mail on Sunday Hope Mary Lou hasn't choked on her cornflakes, especially after her recent promises to Irish in Oz who were forced to emigrate because of the 2008-2013 collapse & recently, the housing disaster
18
35
3
259

Raymond Deane @merriman27
Aug 14
This kid has a bright future!

Humayun Hussain @humayunhussain
Aug 14
Oh God, I haven’t laughed so much in days! It’s sooooo cute! Reminds me of a friend’s son as he would take his father’s mobile and do exactly the same. Or it could be me venting anger at my energy supplier for yet again increasing my direct debit! 🙄
1
2
Raymond Deane retweeted

Xavier Abu Eid @xabueid
Aug 13
A new tunnel being opened for the benefit of Israeli settlers in Beit Jala, occupied #Palestine. The constructors are Spanish (Ossa) and part of the machinery is British (@JCBmachines). This infrastructure aims at expanding Israel’s colonial-settlements in #Bethlehem & #Hebron. 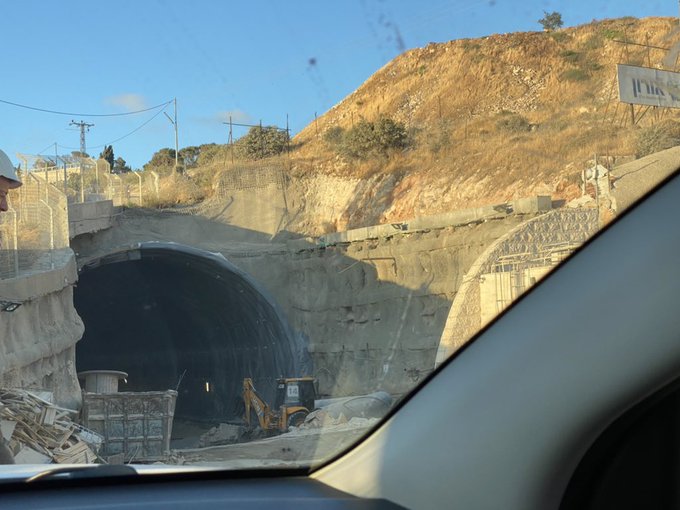