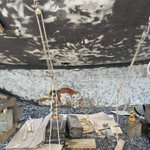 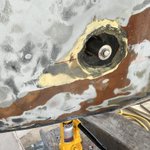 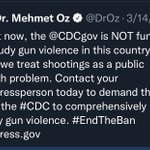 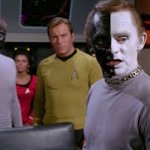 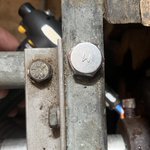 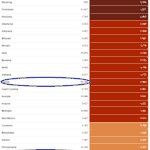 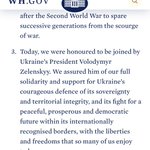 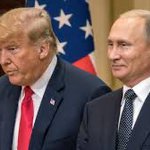 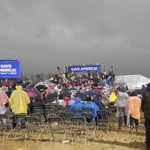 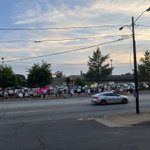 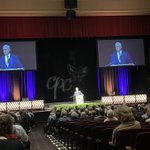 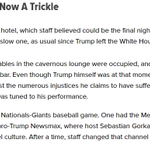 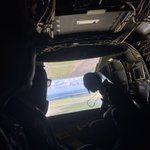 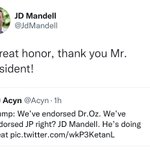 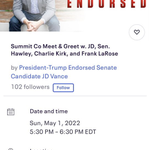 S.V. Dáte @svdate
Apr 5
So many Trump followers still taking Putin's word and Putin's side in his bloody assault on Ukraine. Why? It's not complicated. He's created the sort of country many of them would like to see here. Chapter Seven: God, Guns and Russia amzn.to/3dwnydp 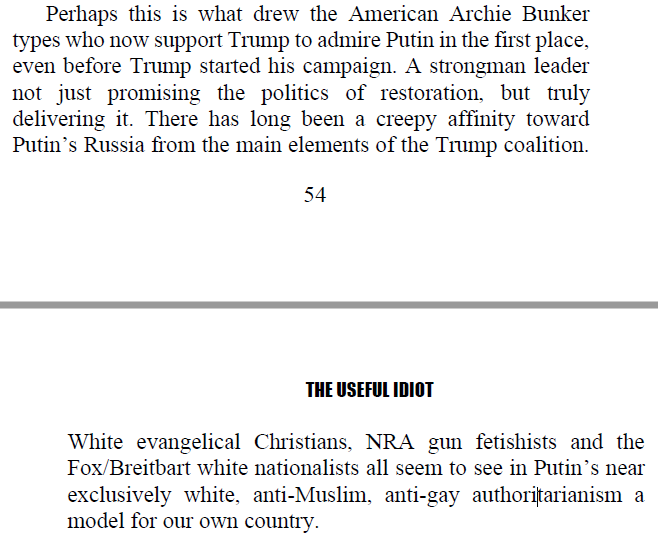 George Conway🇺🇦 @gtconway3d
2h
And get this—there is an 𝙖𝙣𝙩𝙞-morals (or 𝙣𝙤𝙣-morals!) clause in the contract that says the 𝙤𝙥𝙥𝙤𝙨𝙞𝙩𝙚 of what a normal contract would say:
Show this thread

S.V. Dáte @svdate
4h
In a Republican primary this might actually help her. Proves devotion to the Party Leader, willingness to overthrow democracy, etc.

Dasha Burns @DashaBurns
6h
NEW: @NBCNews has verified these images of Barnette marching toward the Capitol on Jan 6 alongside member of the Proud Boys who were later arrested and indicted for breaking into the building and attacking officers. 1/4
Show this thread 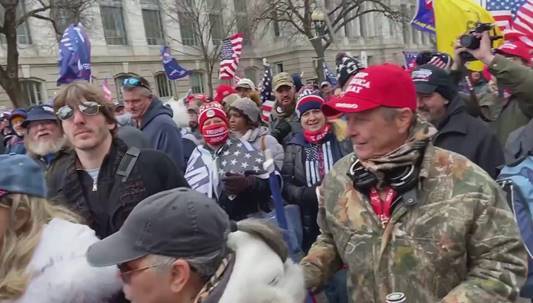 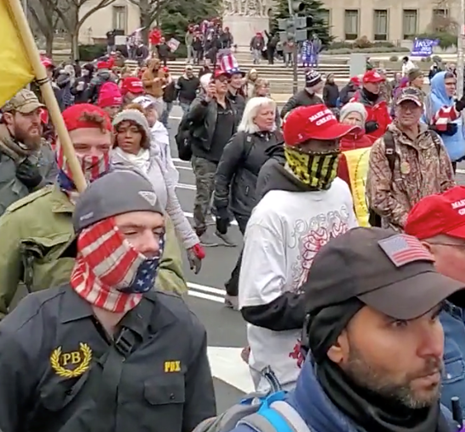 S.V. Dáte @svdate
May 15
It requires 60 hammer blows to push the pin in 1/16 of an inch. The pin still needs to slide another 2 15/16 inches. 1) How many bottles of Advil will I need this evening? 2) Should I augment with acetaminophen? 3) Why didn’t I abandon the centerboard when I had the chance? S.V. Dáte @svdate
May 15
For those asking what is this: Reinstalling a centerboard into the bottom of the keel after repairs. The pin is locked to a tiller arm with a key, which allows for the hydraulic system to lift and lower the board. Hugo Lowell @hugolowell
May 15
Wow — Former Trump Defense Dept official Kash Patel has written a children’s book perpetuating the lie that the FBI investigation into Trump-Russian collusion was because of the Steele Dossier, and not a Trump campaign aide telling an Australian diplomat about “dirt” on Clinton.
1,259
2,155
516
7,176
Show this thread
S.V. Dáte retweeted

Hugo Lowell @hugolowell
May 15
Patel claims in the illustrated children’s book — titled “The Plot Against the King” launching tomorrow — that the merchant Donald was wrongly accused of cheating by a slug Keeper Komey and Hillary Queenton, and was saved by Kash the magician and Duke Devin.
219
415
106
1,611
Show this thread
S.V. Dáte retweeted

philip lewis @Phil_Lewis_
May 14
A 18-year-old white man drove hours to Buffalo and shot and killed multiple people at a grocery store in a predominately Black community. That is the definition of terrorism
1,853
75,691
1,808
395,497
Show this thread

S.V. Dáte @svdate
May 15
His dad tried to extort Zelenskyy and Ukraine into smearing a political rival and held $391 million in military aid hostage.

Donald Trump Jr. @DonaldJTrumpJr
May 14
Rather than spend $40 Billion of American taxpayer dollars to fund DC’s proxy war with Russia why doesn’t Zelensky just charge these politicians for the obligatory selfie and fund it himself??? 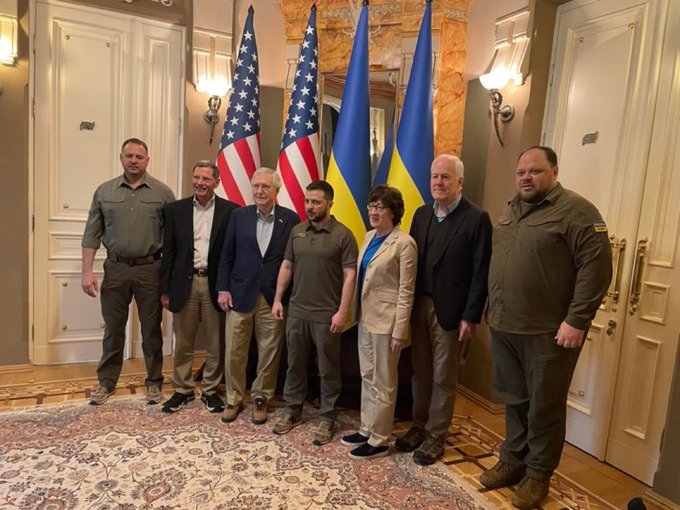 S.V. Dáte @svdate
May 15
Trump actually wanted to ban Muslims from entering the country entirely. In early 2017, his top immigration aide tried to write an EO to that effect, and ultimately succeeded in getting a watered-down version to pass judicial review. Has Oz forgotten all that?

Steve Peoples @sppeoples
May 15
“It’s reprehensible that she would tweet out something that is defamatory to an entire religion,” said Oz, who would be the first Muslim senator. “This state was based on religious freedom. I’m proud … to uphold those founding beliefs that every faith has its merits.”
8
91
3
334

EricB55 🇺🇲🇺🇦 @eric_b55
May 15
Replying to @sistermoon24 @svdate
The forfathers advocated for the civilian ownership of the same level of weaponry as the military had.
26
28
2
394

S.V. Dáte @svdate
May 15
Huh. Maybe this Oz guy has some ideas worth looking into. 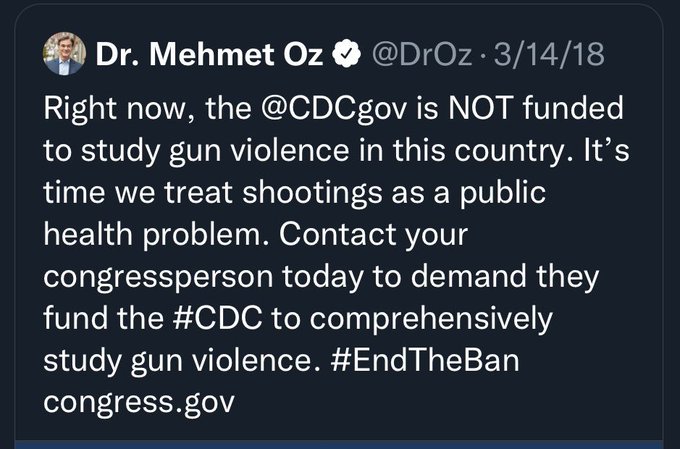 S.V. Dáte @svdate
May 15
A retired cop had a handgun and tried to shoot the guy, but he was wearing armor. (His armor would not have saved him from an AR-15’s rounds.) He then killed the retired cop with the AR. So the answer is for *everyone* to have an AR-15 on their person, all the time.

S.V. Dáte @svdate
May 15
If in fact the Buffalo killer used an AR-15, here is a reminder of what this horrifying weapon — which the fetishists and their enablers insist is a perfectly reasonable thing for everyone to have — does to human flesh. theatlantic.com/politics/arc…

They weren’t the first mass-shooting victims the Florida radiologist saw—but their wounds were radically different.

S.V. Dáte @svdate
May 15
Sounds like a perfect guest for Tucker Carlson’s show.

Evan Hill @evanhill
May 14
Replying to @evanhill
The manifesto explains that he chose his target because it was the zip code with the highest concentration of black people near him. Jews are another object of hatred, and he blames them for spreading Critical Race Theory and urges others to try to kill George Soros.
Show this thread
19
177
4
675
S.V. Dáte retweeted

Disturbing echoes of “replacement theory” have worked their way into the campaign ads...

Elise Stefanik @EliseStefanik
May 14
Very saddened to hear the tragic news of fellow NYers in Buffalo. We are praying for the entire community and law enforcement at this time. 🙏
131
1,571
58
4,413
Show this thread
S.V. Dáte retweeted

Maggie Haberman @maggieNYT
May 14
Former PA congressman Tom Marino, who along with Barletta backed Trump in 2016, rips Trump for the Mastriano endorsement. “Where in the hell is the loyalty?”